All on 4 is the concept of placing 4 implants (sometimes more) into either the upper jaw or lower jaw and placing a set of temporary teeth on those implants the very same day or the next day. These temporaries remain in place for 3-6 months and then a final, permanent set of teeth are fabricated. This procedure/protocol was created more than 20 years ago and has documented long term success. Nobel Biocareâ, a dental implant company which invented the dental implant, was the first company to introduce the  All on 4â concept and subsequent dental implant companies have now adopted the protocol.

Who is a candidate for All on 4â ?

People who are not satisfied with their dentures or people who require removal of most or all of their teeth and do not wish to wear a denture. The All on 4â technique can be implemented for either the upper jaw, lower jaw or both.

How do I know if I am a candidate?

Several factors must be considered to be a candidate for the procedure. The health of a patient, and the amount and quality of available bone to secure implants are the primary factors in determining who is a candidate.

What are the benefits of All on 4â?

This technique is designed to avoid expensive bone grafting which can result in a time-consuming healing process by placing implants which are tilted to avoid the sinuses in the upper jaw and to avoid the Inferior Alveolar nerve in the lower jaw. (Fig. 1-1a)

The All on 4â is a proprietary name for Nobel Biocareâ. Other dental implant companies have adopted this approach utilizing names such as Straumannâ ProArch, Revitali ZeÔ and Teeth Xpressâ. It is also marketed by dental professionals with phrases such as Same Day Teeth, Teeth in an Hour Immediate Load with Immediate Function, Full Arch Solution to name a few. (Fig. 2-2a)

Fig. 1: The white metallic looking objects are dental implants placed just in front of the maxillary sinuses (the dark /black areas on the radiograph). Bone grafting was avoided, which can be costly and require almost a year of healing before the bone grafting is mature enough to accept implants.

Fig. 1a: The white metallic looking objects are dental implants placed just in front of the inferior alveolar nerve of each side. There is limited bone in the posterior, preventing implant placement. Bone grafting in this region would be expensive and can be unpredictable. Bone grafting was avoided, which can be costly and require almost a year of healing before the bone grafting is mature enough to accept implants.

Figure 2: This patient was unhappy with his smile and he was uncomfortable with his upper and lower removable partial dentures.

Figure 2a: He had an All on 4â and lower implants placed in the posterior regions of his mouth to give him improved chewing, improved esthetics and confidence with his appearance and his ability to chew during social functions. 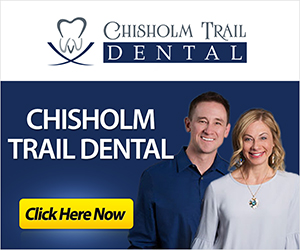 Investing In Your Oral Health Is Important For Success

@dental_test - March 28, 2018
0
Did you know that tooth decay is the second most common disease after the common cold? Or that job applicants with whiter smiles are...

Braces: Not Just for Children and Teens

Investing In Your Oral Health Is Important For Success

Benefits of Replacing a Tooth Immediately

How Illegal Drugs Affect Your Teeth

Tooth Whitening Is Popular, but Is It Good for You?

Disclaimer: The information on this site is for educational purposes only, and should not replace the counsel provided by a dental professional. Please consult your dentist or doctor in the event of a dental concern. This site does not provide medical advice © Copyright 2018 Dental Web DMD. All rights reserved.
Contact us: admin@dentalwebdmd.com
Site by Easy Street Marketing
Font Resize
MORE STORIES

Oral and Overall Health – Get the Connection